After a couple years of trying to catch a brown trout, we have realized we simply must be cursed.  Nothing else makes sense! But after traveling over the entire country side hitting up all the popular locations people were catching, and still not catching. We were still gaining an appreciation for what Alberta has to offer, besides the mountains of course! The rolling country side, and lightly flowing rivers has peace in itself. And as usual, my heart is always captured by the wildlife and farm life we come across long the way.

The spot I’d like to point out is where the North Raven meets the Red Deer River just outside Dickson Dam or right outside Spruce View. Although we still did not catch…… most people who know the techniques of catching a brown do in this spot. There are a couple turn offs on either side of the bridge for parking, and places where people have had bonfires. And of course ignorantly littered there beer cans, not cool people.

There’s a ski trail for cross country skiers ( which I plan to try out this year! ) making it “easy” access to walk up and down the river without wadders to get to new locations.

Although this may not be considered a “honey hole” its still waters and rich forestry makes it a beautiful place to try your luck and get some fresh air. And if all else fails, head upstream hit the Red Deer River and catch some trusty pike!

Directions: Take the first left  after Spruce View, AB (not sure the range road, but there is a paved turning lane, to the north is paved to the south is gravel – take south down the gravel) and your hit the Big Red Bridge! 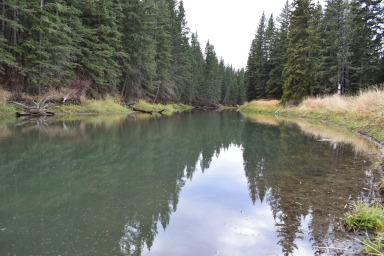 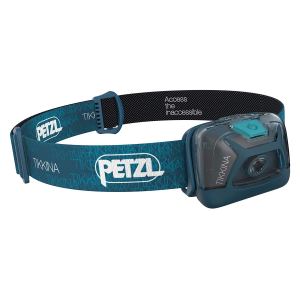